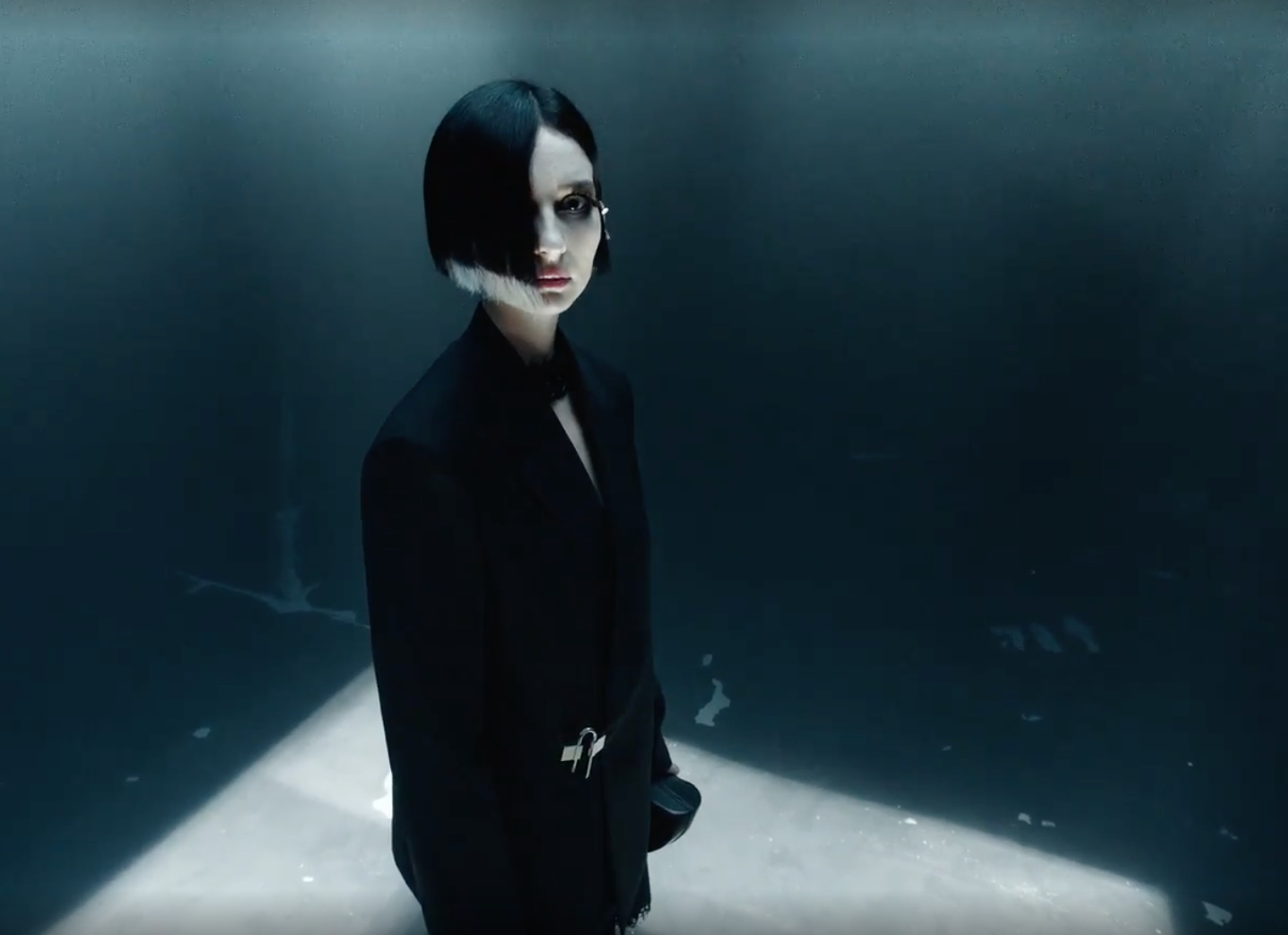 The ‘open brag’ is a term used by the digital generations for showing off newly-acquired luxury items and statement pieces on social media. Objects of peer envy, they’re often of an esoteric nature: shoes, bags, and garments that aren’t traditionally pleasing to the eye; a little awkward, quite subversive, or ugly-cool. Their coolness is community knowledge: if you know, you know. You can apply that methodology to a lot of the things Matthew M. Williams designs for Givenchy. His tenure at the house seems strategically targeted at Gen Z and those who mirror themselves in them—at least if last year’s social media campaign featuring the most followed celebrities in the world is anything to go by.

“At the end of the day, it goes back to instinct and what I desire. I’m not so strategic. Hopefully the customer likes what I like,” he said on a phone call from Paris, but his sophomore collection seemed quite tailored to that Gen Z segment. Silhouettes were graphic and intense in a way that echoed the volumes of skate-wear in more sartorial lines; “micro-macro,” he called them—exaggerated as if made to be seen through a screen. Textures were hyper-tactile in that mesmeric way that a phone cover in faux crocodile or neon fuzz makes the brain want to reach out and touch it. And accessories had the quaint and sculptural quality about them that makes them memorable and Insta-worthy, like an out-of-place-object in an unlikely setting.

It was embodied in big, furry coats and gilets with matching balaclavas—horned, like last season—and giant furry mittens like something out of a Jean M. Auel novel, but perhaps more “extra-terrestrial,” as Williams said of his hoof-like platform shoes, fit for a centaur. Presented in the industrial Paris La Défense Arena (which the designer said reminded him of his former career dressing musicians) with headlights hovering above models’ heads like they were on the run from a flying saucer, the collection was very sci-fi inferno but with the lockdown-inspired outdoorsy twist we’ve become accustomed to this season. In fact, if our grounded moment in time has turned designers’ minds to the great outdoors, this was the grave outdoors—the tougher, trendier version.

Speaking of tough and trendy things, supersized Cuban chains spoke to a current social media mania, while hardware on tailoring and as embellishment on dresses continued Williams’s clash between the Givenchy ateliers and his own industrial world. He translated that same sensibility into his first big push for the red carpet, in kind of aquatic evening dresses shingled with rigid sequins, which cascaded into vivacious hems like the crashing of waves. Their lines reflected Williams’ ongoing proposal for a women’s silhouette, expressed in knitted bodycon numbers or column dresses. “They’re sensual and elegant and show female empowerment,” he said.