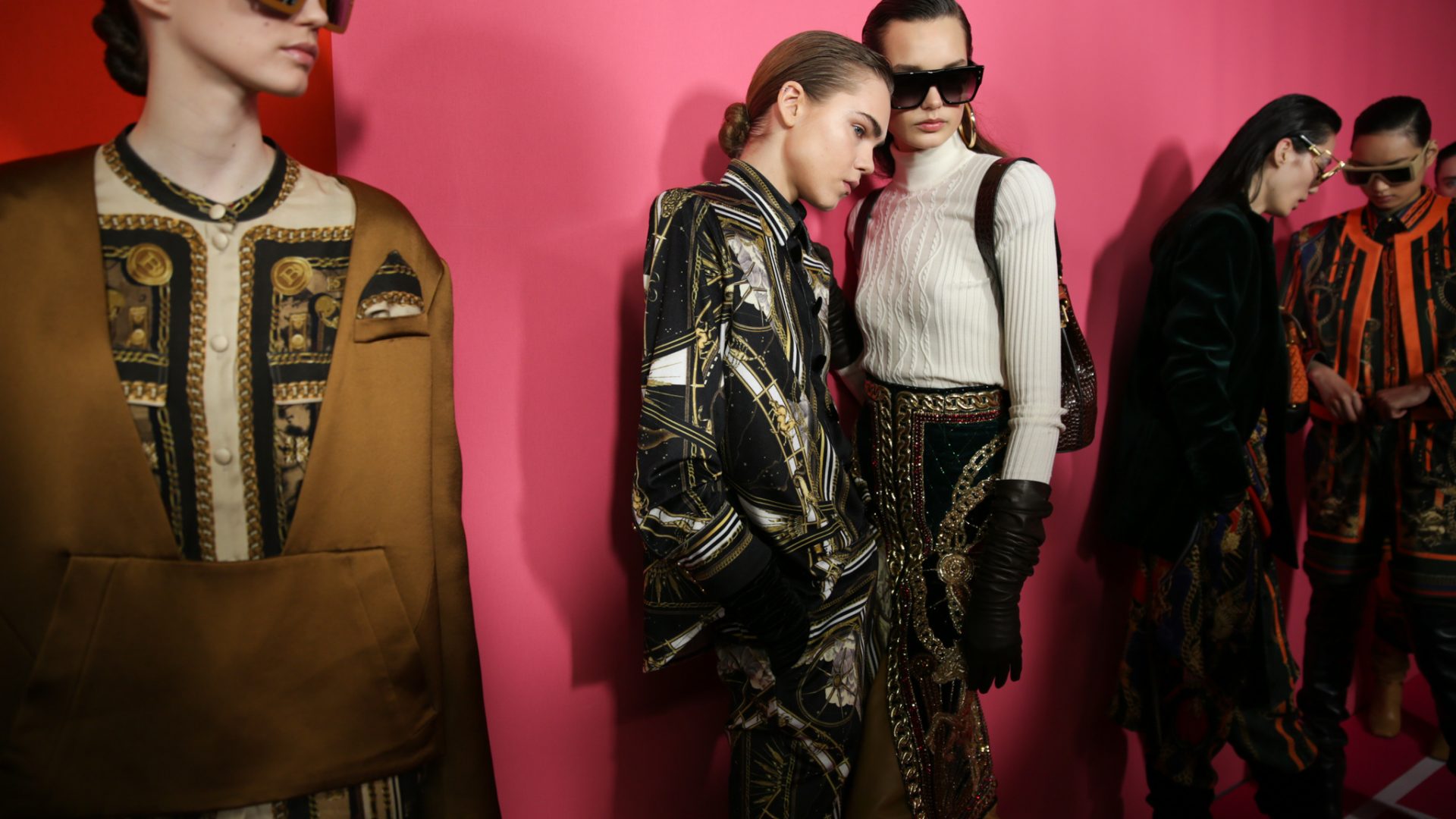 As an adopted black child of white parents in conservative Bordeaux, France, Olivier Rousteing said, “I grew up obsessed with questions regarding heritage, race, belonging, and fitting in.” Earlier this week he dined with the president of France, and tonight at the Césars—the most prestigious awards in French cinema—Rousteing will discover whether his autobiographical film Wonder Boy (which charts his successful search to discover the truth of his biological parentage) has won in the best-documentary category. It’s fair to say when it comes to fitting in—to belonging—Rousteing has fulfilled his childhood dream.

This he has achieved by cracking the codes of the citadel in which he has so successfully risen—Paris fashion—and in this collection, Rousteing displayed all his fluency. La Saharienne, foulard dressing, Rive Gauche camel, Rive Droite argyle, and country casual bon chic, bon genre were just a few of the genres with which Rousteing played. There were also specifically Balmain gestures including the Jolie Madame silhouette jacket at look 76 and the six-button blazer that was returned to throughout the show, including at an opening salvo of 20 navy blazer-overcoats, slouchy at the shoulder and popped at the collar just as the designer wears them himself.

While Rousteing is a native speaker in the language of French fashion, his pronunciation is distinct. His accent amplifies, emboldens, and serves to joyfully disregard the hierarchical subtleties inherent in the original meanings of his raw material. Here, for instance, he gave his argyle knit and Saharienne looks shoulders strong enough to force a door open. Also heftily shouldered were the horse-and-chain foulard-print looks, a print that was then transferred in crystal and bead embroidery onto loose-armed mohair miniskirts. Lighter touches included oversized Le Smokings, whose silk collars extended downward into dangling scarf-lets, tailored pullover “jackets” with kangaroo pockets, and two bold-shouldered, tight-at-the-leg looks in brownish PVC that replicated Rousteing’s personal silhouette.

Rousteing’s story is both distinctly French and universally relevant—plus it’s a bit of a tearjerker too—so Wonder Boy is well worth a look when it comes to the Tribeca Film Festival in April. In this collection the designer expressed his love for the patrimony of French fashion codes while simultaneously bending them to his will: harder, better, faster, stronger.